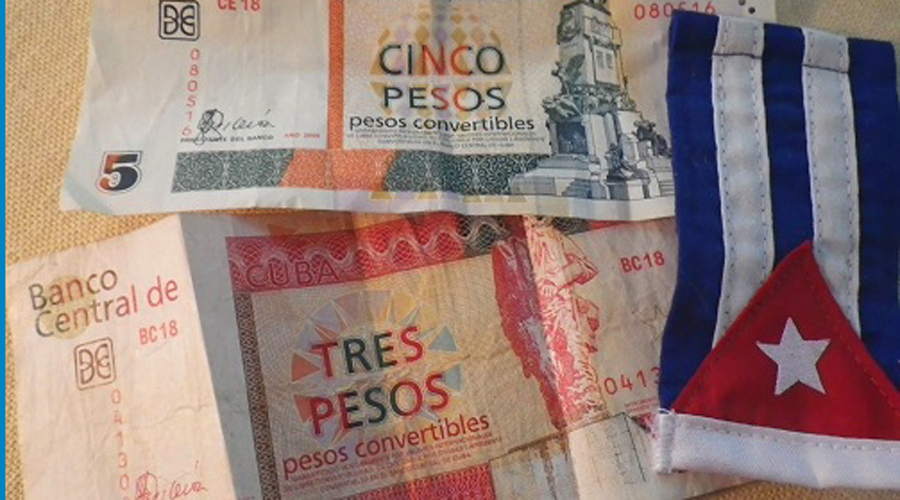 Cuba operates a dual-economy which can take some getting used to. Two currencies circulate in Cuba: convertible pesos (CUC$) and Cuban pesos (the moneda nacional, or MN). What causes more confusion is that Cubans will refer to both CUCs and Moneda Nacional as Pesos. For the average Cuban it is obvious what is meant, but not so for strangers who may think they are bargaining in local currency only to find that the seller expects payment in CUCs.

For most tourists the MN has little relevance because just about all their expenditure will be in CUCs. This includes accommodation, food in most restaurants, taxis, bus tickets, nightclub entrances, tips and so on.

The things that can be paid for in local currency include fruit and vegetables, street food (such as pizzas and snacks) as well as local buses. Some restaurants, cafes and bars will also charge in Cuban Pesos although this will usually be at the lower end or the market.

Which currency to take?

Avoid US dollars because officially, they attract a 10% special tax. The best currencies are Euros, Canadian Dollars, or Sterling since the exchange rates are generally reasonable. The CUC is pegged to the US Dollar at parity, so a stronger US Dollar means a stronger CUC and therefore fewer CUCs for your Euros/Sterling.

Other currencies which are universally accepted by the banks (Cadecas) include the Swiss Franc, Mexican Peso and Japanese Yen.